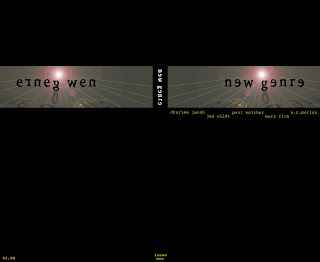 Paul Walther’s “The Toll” is the first story I bought for New Genre. My initial response was disbelief: was it possible someone sent me a good story, or did all the bad submissions lower my standards? Nope. The story was good. Is good.

Now, “The Toll” is dusted off for a reprint anthology called Hauntings. The anthologist mentioned on her blog that she was “reading for… a reprint anthology for Tachyon…. I'm looking for stories published between around 1985 – 2011 and would prefer stories that haven't been reprinted lately. I've chosen stories by Peter Straub, Neil Gaiman, Joyce Carol Oates, Pat Cadigan, and Caitlin R. Kiernan and have several others I'm likely taking. But otherwise I'm open to suggestions.”

“The Toll”—along with another story I published in New Genre (“The Line I Walk” by M.J. Murphy) and a story of my own—was suggested. “The Toll” was selected by the anthologist for reprint.

A list of the authors included in the anthology was posted at Tachyon (along with some of the worst catalog copy I’ve seen in a while. Dig it: “This spine-tingling anthology—complied by the horror genre's most acclaimed editor—collects a chilling array of ghost stories from the past twenty-five years. Our obsession with the mysteries of the afterlife is explored in these supernatural tales….” Tachyon! Tell me how this anthology contributes something new, how it offers up horror stories from the past twenty-plus years even avid readers may have missed, and that the stories approach what it means to be haunted with intensity and intelligence. Don’t resort to William Castle-esque, movie-house gibberish).

Reprint anthologies give stories a second life. New Genre is an obscure journal with a tiny readership, and New Genre #1 is nearly thirteen years old. “The Toll,” reprinted, will be set in front of a bigger audience. I am grateful for that. Paul’s story deserves to be read (again).

[The image above is an early layout of the cover for issue #1 of New Genre; not much was changed for the final version.]
Posted by Adam Golaski at 1:09 AM