87. Signals from } between the folds. 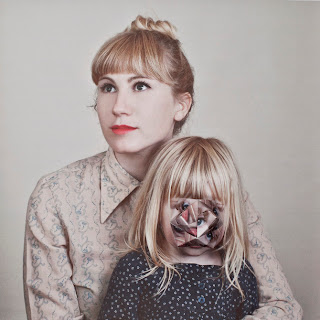 Signals is my favorite Rush album. Vanessa Gould is directly responsible for this. We worked together for a summer at the Boston Museum of Science, and I asked her what bands she liked. When she said Rush, I asked what album was good. a sensible Rush fan, she said Permanent Waves, or maybe Moving Pictures. I guess Signals was cheapest, or all Mystery Train had in stock when I went.

Vanessa Gould directed Between the Folds, a short documentary film about origami, specifically origami as an intersection between art and science. Gould’s narrative structure is elegant, beginning with a man who makes the paper he folds and with eccentrics who fold “damp,” a technique that lends paper the expressiveness of clay, to abstract origami artists, to mathematicians who use origami to teach geometry, and ultimately to mathematicians who map advanced maths to origami and think about the practical applications origami suggests.

Gould said, in Nature, that she worried about the science in the film: would the science, that so appealed to her, be off-putting to a general audience? She said, “The aim was to show science in a poetic and romantic way, but with depth so it could appeal to existing scientists and maybe titillate non-scientists.” The mathematics is where the documentary takes off; the last subject of the film is Dr. Eric Demaine, the youngest MIT professor in the Institute’s history, a homeschooled lad who sees folding as a characteristic of everything; he thinks we might force a virus—such as HIV—to take a shape that would make it benign. His ideas impress more than the hyper-detailed origami sculpture seen at the beginning of the film.

Between the Folds is Gould’s directorial debut. Inspired by The New York Times obituary of origami artist Eric Joisel (an artist featured in the film), her next project is a documentary about the obituary writers at the Times.

One afternoon after work, she gave me a ride, to somewhere I don’t remember. We didn’t listen to Rush; we were mostly quiet. She told me she once searched the floor of her Jeep for enough change to buy some gas—50¢ to get home to Concord. Her eyeglasses were thick. Her blond hair, too. I was intimidated by her evident intelligence.

We didn’t forge a friendship—I imagine, if she were to read this, she’d be hard-pressed to remember me at all. I might’ve liked to be friends, but I was so weird I probably prevented myself from doing anything to lead to a friendship. Until now, I only ever thought of her when I got in the mood to listen to Signals and then lo, a week ago, I stumbled across a documentary directed by Vanessa Gould. It’s possible the Vanessa Gould who directed Between the Folds isn’t the same Vanessa Gould who introduced me to Rush.

[The image above is a portrait by Alma Haser. To see more of here work, visit her site.]
Posted by Adam Golaski at 1:47 PM