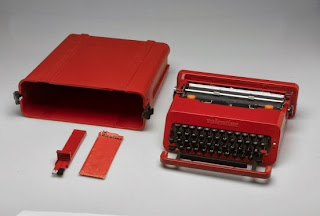 From the cult of Ex Occidente, Transactions of the Flesh, an anthology after the writings of Joris-Karl Huysmans edited by D.P. Watt and Peter Holman: the book is made, in two incarnations, a “lettered deluxe subedition” and the “numbered regular edition.” The cost is irrelevant. Copies can be obtained from Zagava Books.

I’ll write a word more about the book once my copy arrives. My story, “Smoke (Ash Sun, Raspberry Sky)” is another episode in the life of Theophile, who I first wrote about in the story “Her Magnetic Field,” published in Cinnabar’s Gnosis. “Smoke” is set ahead of Theophile’s confrontation with the “Stone That Thinks,” features an alternate Milla Jovovich, and Siduri, the barkeep who urges Gilgamesh to enjoy life, rather than punish himself with grief for Enkidu.

Dan Ghetu, publisher of Ex Occidente books, recently announced that he’s liquidating his (small) remaining stock; it is possible to purchase one of two remaining copies of Cinnabar’s Gnosis for $80. Otherwise, you’ll have to wait till I complete and then find a publisher for the complete Theophile tales, an event I anticipate occurring never.

My mixed feelings swell for 1913 Press and their efforts to raise funds for a print run of 1913: A Journal of Forms 6. A while back, they half-heartedly ran a Kickstarter campaign to raise funds—unsurprisingly, they failed to meet their goal. A similar fundraising campaign is now running through Indiegogo; as of today, they’ve raised $2,171 of the $25,000 they asked for. At least with Indiegogo they get whatever they raise.

When “editrice” Sandra Doller asked me for a poem for the journal I was delighted, and I am delighted—look at the t.o.c. for issue 6 (published, at last, as a PDF): there’s Rae Armantrout, Rachel May, Deborah Poe, Thalia Field, etc. But I’m disappointed too, that the press couldn’t fund a print incarnation: 1913’s great charm is in print, their books and their journal loves the page. I’d be less disappointed if there seemed to be more enthusiasm from the press themselves—infrequent email notices notwithstanding, there’s not enough brouhaha to hope that a financial goal as big as $25,000 will ever be met.

Do visit the issue. The PDF is satisfying—and suggests that if the funds are raised, issue 6 would be every bit as pleasing as its predecessors. My poem—one part of a triptych (I hope one day will be published whole)—is on page 52.

This Sunday, at 3pm, at Ada Books in Providence, R.I., the chapbook Compound Eye will be released. It’s a selection of poems written during the R.I.S.D. Museum “Locally Made” show in September. A number of area poets were invited to sit behind typewriters and write poems on demand. To explain: folks would approach a poet, supply the poet with inspiration—a word, a theme, a picture—and the poet would write a poem.

With carbons, copies were made, then collected by Kate Shapria, who, with the help of Maria Anderson, Janaya Kizzie, and Kat Murphy, assembled them into Compound Eye. I know little about the end-result, and only vaguely recall the poems I wrote. Fellow poets are Mary-Kim Arnold, Lindsday Beebe, Indigo Bethea, Cherry Pickman, and Amish Trivedi.

Some of us will read our poems. I read at 3:20. Kate says, “it'll be pretty easy-breezy—some milling around, some exclaiming over the books, punctuated by reading out loud.” Chapbooks cost $5, except for “everyone who participated, or who managed to hang onto their event program”—then it’s free.

[Photo: a Valentine Portable Typewriter by Olivetti, in the R.I.S.D. Museum collection]