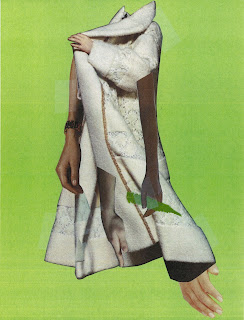 Monoton‘s Monotonprodukt 07 was properly reissued in 2012 (Desire Records) and Craig Leon’s Nommos and Visiting were reissued in 2014 (Rvng Intl.), but still no one has brushed off Vera Shevzova’s frond 1 – 37. This negligence causes me to ask: does the album even exist?

Occasionally, during our print pre-history, Shevzova would get written up in ‘zines dedicated to early 1980s arcana, but no one seemed to know anything—there was a cassette, it was written, produced in Poland (then, without fail, a lament about the production value of such objects)—but no one actually heard the music. In '89 I saw a tour poster stapled to a telephone pole in Boston, but I was too young to get into the club.

Recently, I uncovered on the shelf of a used bookstore, the sleeve of Shevzova’s frond 1 – 37. Thrill and disappointment. No record! Inside, typed on a yellowed sheet, a bit of a press release.

Either Shevzova is real, and a crate-digger needs to find her and upload frond (or whatever)—or there’s no Shevzova, just cardboard and paper.

I posted the album sleeve at Jeff Crouch’s Famous Album Covers.
Posted by Adam Golaski at 7:55 AM