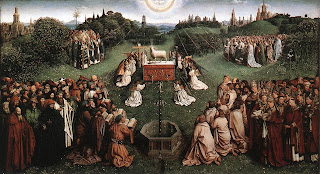 John says he’ll buy you drinks if you go.
Posted by Adam Golaski at 11:55 AM