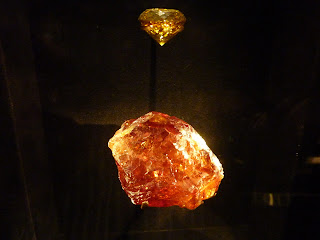 [ X ], a former student of mine, was supposedly killed in a motorcycle accident. As always happens when an unremarkable young person dies, the lost potential of her life was lamented. “[ X ] had such a bright future ahead of her.” Who knows? I recall the last time I saw her. She came to my office, ostensibly to discuss an upcoming exam. She didn’t seem to care about the exam. Something else worried her—so she said. What, I don’t know. She sat in my office and stared into space. Even when she spoke, she stared. Finally, she said, “Something’s coagulating.” I said, “Do you mean, ‘coming together’?” She said, “Thanks professor,” and left. She was absent the next class and all the following week. The registrar informed me she was dead the week after finals, but everyone knew by then about the accident.

At the beginning of the next semester, I overheard two students at the college bookstore talking about [ X ]. One said, “…what was weird was some of her organs were found partially crystallized.”

How can that be true? It can’t be true. Nonetheless, I find the image of an organ from her body, her heart, say—turned crystal and lit from inside—often recurs.

A current student invited me to read with her creative writing class. She said she thought I was a poet because of the way I talk about poetry and lo, I am. Wednesday night I’ll read poems from The Rescue in the Central Connecticut State University Student Center. The reading begins at 7:30pm and will be over before you know it.
Posted by Adam Golaski at 11:14 PM