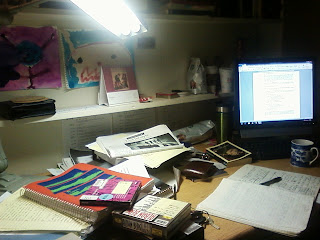 The day before Christmas 2012, Arnold Snyder, senior editor of Vegas Lit and blackjack expert, published a review of Worse Than Myself. He writes, “Golaski’s stories brought back memories… the feeling of danger you sense as a child when you know that something’s off but you don’t understand the nature of the problem,” and includes the following childhood memory, which perfectly illustrates what he means:

When I was five years old, playing in a field—really just a vacant lot in my neighborhood on the east side of Detroit—a teenage boy I’d never seen told me he was my father and he was going to take me home with him. He was on a bicycle and he rode over to where I had been trying to catch grasshoppers in the dandelion patch, but now stood paralyzed with fear. He grabbed my arm and I screamed. He rode off down the alley from whence he’d come, laughing loudly. I ran home crying, and never returned to play in that vacant lot again.

My first instinct, copyright be damned, is to steal this anecdote for a story. I won’t, I don’t want to end up paying Chuck Berry royalties for the rest of my recording career, but Snyder’s anecdote certainly does fit my aesthetic. Perhaps he should write the story.

A little less than a month later, Gordon White, a self-described “late-blooming” writer, published his review of Worse Than Myself. His begins with “a lengthy pre-digression,” which I like. White summarizes how David Byrne wrote “Once in a Lifetime” and “Naïve Melody” and writes, “I think the strength comes from the fact that [the image is] thematically coherent within the larger structure of the song, but it’s not narratively inevitable.” He speculates that “Adam Golaski must do his work in a very similar way.”

White took time to consider the types of stories in the collection, how my style works (and doesn’t), and generally to speculate why certain stories resonated more than others. He also “nit-picks”—the story “Back Home,” which he writes is “a perfect little frozen gem,” employs a device he doesn’t care for: instead of full names, I use the first initial and brackets. So, “K[   ].” The good editors of All Hallows, who published the first version of that story, also didn’t like the device; in All Hallows 32, she’s Kate. When I had the opportunity to run the story as it was meant to be, I did. I first saw the device as a boy reading Edgar Allan Poe. To leave the name incomplete makes a great deal of sense to me, especially in the case of the characters in “Back Home”—a story all about incompleteness (see the body parts falling info the fireplace). In the ms. The Unfinished House, one of the main characters is M[    ].

There are other reasons, too. Some literary, some personal.

On the drive to my office I caught a snippet of a comedy routine delivered with great bluster in Igbo. I laughed. Made me wish to hear David Byrne and Brian Eno’s My Life in the Bush of Ghosts. Anyway, I laughed, even though the joke was very dark, and not particularly funny.
Posted by Adam Golaski at 2:27 PM