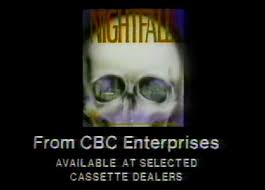 All Hallow’s Eve, 1980: the CBC broadcasts “Ringing the Changes,” a new episode of the radio series Nightfall. Years later, but not that many years later, I begged my father to turn off “Ringing the Changes,” which we were listening to on cassette; the story was about to reach its climax: Holihaven’s bells had stopped ringing, an anonymous street evangelist had cried, “The dead are awake!” and, indeed, the dead were dancing and chanting: “The living and the dead dance together. Now’s the time. Now’s the place. Now’s the weather.” My father finally snapped the tape off, but not until one voice rose above the chanting: a phlegmy, corpse-with-little-left-of-its-vocal-chords kind of voice: “Now’s the time. Now’s the place…”

Eventually I heard all of “Ringing the Changes” and it has since become a favorite episode of Nightfall—in no small part because it introduced me to Robert Aickman.

Aickman’s short story “Ringing the Changes” is the better version, of course. P. Norman Cherrie, who wrote the radio adaptation, fit the story into a half-hour by cutting some of Commandant Shotcroft’s story (he is punishing himself, living in Holihaven—for what he did during a war, perhaps) and other details, such as the samurai suit at the end of the hall (an element of atmosphere that goes unexplained in the Aickman story—a perfect illustration of Aickman’s understanding that while everything in this world might add up, we are unlikely ever to discover how or why). Nonetheless, Cherrie’s script does Aickman’s story justice.

As does the production. “Ringing the Changes” is perfect for radio, and the sound effects people met the story’s potential. The ringing of Holihaven’s bells steadily increases, and the chanting of the dead, as I described, became too awful for me to bear as a boy. When Phrynne and Gerald walk down to the beach, looking for the sea—“I think seaside attractions should include the sea,” Phrynne says—Phrynne screams. Her scream is not just a high-pitched scream, but something subtler. She sounds revolted and chilled all at once. And all the while sodden ground squishes and church bells ring. Cherrie adds a line here that, though too heavy-handed for Aickman, works well for the show: Gerald asks, “What do you think it was you stepped on?” and Phrynne replies, “It was something soft. Something soft and…” she hesitates, Gerald pushes her on, “And?” he asks. She says, “…And bone.” Perhaps the best sound-effect moment comes when Gerald and Phrynne attempt to leave Holihaven. They rush into the streets; the bells are ringing like mad—and then the bells stop. From the moment Gerald and Phrynne arrived in Holihaven, bells rang, so the listener becomes inured to the sound. When the bells stop—we freeze. A moment later, the evangelist announces that the dead are awake and we hear earth churn.

Nightfall began in 1979, when Susan Rubes was hired by the CBC to update their radio dramas. She, “asked for an increased budget, more air time, and a variety of time-slots in order to reach a wider audience.” She was contacted by a producer from Toronto, Bill Howell, who sold her on his idea for a horror radio anthology. Rubes felt she had a hit on her hands, and gave Howell the go-ahead. Bill Howell, several years later, wrote a piece called “Notes on Nightfall for NPR” (America’s National Public Radio aired about thirteen episodes of Nightfall, beginning October, 1981). He wrote this about the origin of the show:

It started innocently enough. Somebody on a network management task force decided that CBC Radio Drama should shed its tweed-pipe-and-smoldering-jacket-image, and a seductive way to do this would be to produce a new horror series, “like the Inner Sanctum or The Shadow.” Five senior executive producers immediately had heart attacks, sixteen script editors resigned in protest…

Most of Howell’s writings regarding Nightfall are a mix of truth and his delightfully creaky horror humor. The series ran for two seasons under Bill Howell’s production, with episodes recorded in Toronto at “studio G,” which Howell described thusly:

Imagine a barn of a room, chipped and flaking institutional pastel walls, black drapes, stained glass, arcane gray sound effects doors and wind machines, a spider’s web of microphone cables, dilapidated armchairs, sections of scripts spread everywhere, and a control room jammed with dim nodes humming to be transformed. And, since you are a guest in this article, we’ll provide the bats.

For season three, the show’s final season, Nightfall was transferred to CBC Vancouver and the production duties were handled by Don Kowalchuk. Another thirty-two episodes were aired, and then Nightfall was no more.


A version of this post is still online at the Open Letters Monthly archive; the editors titled it “As Dark Locks In” when it was published in October, 2012. I’ve made revisions for clarity and to include information I’ve learned about the show since, but my motivation to repost is a recent re-engagement with the show itself and a correspondence with one of its authors. Part two will complete the re-post of the original article. Subsequent parts will be “addenda.”