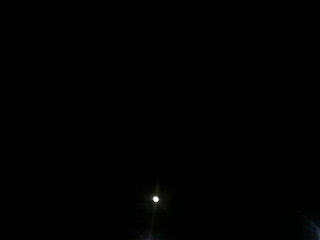 During the open mic last night—there was a big turnout at Real Art Ways that included lots of new faces—a member of the audience caught my eye. She looked exactly like a student of mine who was killed shortly after her graduation last year. I know I’ve mentioned this student several times before, and I realize I also wrote about a woman who looked like my former student before—I wondered, in fact, if she might not be the same look-a-like I saw on the train. No reason why she couldn’t be. I hoped she’d read so I’d then have a reason to speak with her. She didn’t read. And when the open was over, she was gone.

Not only was she gone, but her seat was occupied by someone completely different, a young man who read a poem about “Her castle,” punctuating each line by clearing his throat.

Aside from this mildly off-putting visit, last night was terrific. I was honored by good people. The food was extravagant—baked brie! caviar! dried sausage! cheese! wine!—and I was pleased to celebrate both Color Plates and the two year anniversary of Inescapable Rhythms. A few of us gathered by the fire at Andrea’s, talked about publishing, listened to records (real records, including Paul McCartney’s excellent Ram “…but I leave my pajamas to Billy Budapest / and I don’t get the gist of your letter”).

When I was younger, I thought it would be so wonderful to join the gatherings of the great writers and artists; turns out it is pretty wonderful.

Saturday morning I’ll head to Norwich, where I’ll read with the venerable John Cotter as part of the Otis Library Holiday Book Fair, which may mean any gains I make selling Color Plates will be spent buying books. I feel I haven’t enough Penguin Classics (Dear Steve Reads, I disagree with you on Oh! so many things but greatly enjoy your “Penguins on Parade” series. I’m currently reading Bernal Diaz’ The Conquest of New Spain—a wonderful book. What’s your take?).

Sunday, John and I will share a podium at Bank Square Books. The reading begins at noon. I hear tell that this is the book store where Julia Roberts once made the staff extremely nervous by enjoying a rapidly melting snow cone over their recently received and autographed hardback copies of  The Bonfire of the Vanities.
Posted by Adam Golaski at 3:27 PM