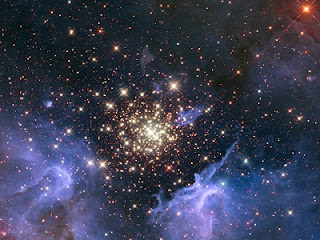 On a hill by a rock surrounded by parking lots and with a cup of coffee carried from the hotel, I wrote an introduction for the panel I was to moderate Saturday afternoon called “Down There in the Gutter: The Fiction of the Unpleasant.” I wrote: Here we are on Burlington Mall Road, which is pretty awful. Its designers—presumably humans, presumably not sadists—designed a strip devoid of much pleasantness. Even if all you like to do is shop and suck down Frappachinos, there are much nicer places to do so. Places where you’re not blinded by concrete. If this were the setting for a “literary novel,” it would be called bleak—as it would be called in a horror novel.

I spoke then about Peter Straub’s essay “What About Genre, What About Horror”—the inspiration for the panel. I said that Straub’s essay argues that so-called literary fiction is a) a genre and b) like horror, as it’s “about” low-rent feelings and experiences: adultery, alcoholism, the indignities of ageing, poverty, anxiety, abuse, fear, etc., etc. That this is also the subject of literary fiction is not acknowledged, whereas horror fiction announces that this is exactly its subject —often via intermediaries such as book jackets.

The point is also that Straub has ceased to care much about the difference.

The panel sputtered a bit, but Straub contributed some fine thoughts, as did Kathryn Cramer, and Kit Reed and Mike Allen who brought their background in crime journalism to the discussion. Allen, as he notes on his own blog, tended to play devil’s advocate, which helped a little with the sputtering. Barry N. Malzberg seemed wholly uninterested. I have a sneaking suspicion many in the room felt the same way. Still, we had a big turnout, and two brilliant comments from the audience.

Feeling (correctly) wholly unprepared, I moderated a second panel on Sunday called “The 9,191,935,961 Names of God: Metaphysical Hard SF.” Again, I wrote an introduction to focus my thoughts (and, ideally, to guide the panel): If science fiction can examine any subject of concern to us, it must be able to examine concerns not obviously scientific, but philosophical and—as the panel description puts it—spiritual. The title of this panel, though a reference to Olaf Stapledon’s Starmaker, brought to mind that Arthur Clarke story, “The Nine Billion Names of God,” in which a programmer is hired by monks to make a computer that will end the world by writing all the names of God. Clarke’s story—in spite of the computer—is in no way hard SF. Generally, philosophical and spiritual concerns typically lead to soft sf. Forgive the long build up. My first questions are 1) can you [the panelists] speculate on potential hard sf approaches to the “soft sciences” and 2) can you cite extant examples?

I never needed to ask another question. The panelists took off, with great energy, especially Benjamin Rosenbaum and Ron Drummond. Paul Di Fillippo, Ed Meskys, and I contributed when we could and when we did I’d say we did so well. Certainly with pleasure. The audience picked up on our energy, and jumped in with numerous excellent points.