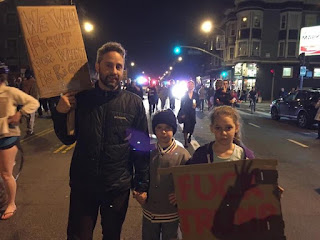 Sometime after 8pm, I watched another drone descend, hover before me, lift away.
Posted by Adam Golaski at 3:59 PM