I'll refrain from any Bill Knott anecdotes, an obvious way to respond to his death. Instead, I'll direct you to John Cotter's review of Knott's Collected Poems 1960 - 2013, finally published by the Poetry Foundation a little more than a month ago. Knott was part of the same scene as Paul Hannigan, as much as either were part of a scene: Boston, Emerson College, Ploughshares, etc. A scene I knew, but a decade (and more) after Hannigan was (mostly) out of it, and Knott was an associate professor. He was my advisor when I was an undergraduate. Later, we were neighbors in Somerville. Mostly I knew him through stories. Open Letters Monthly published an obit if you're looking for more.
Posted by Adam Golaski at 7:04 AM No comments: 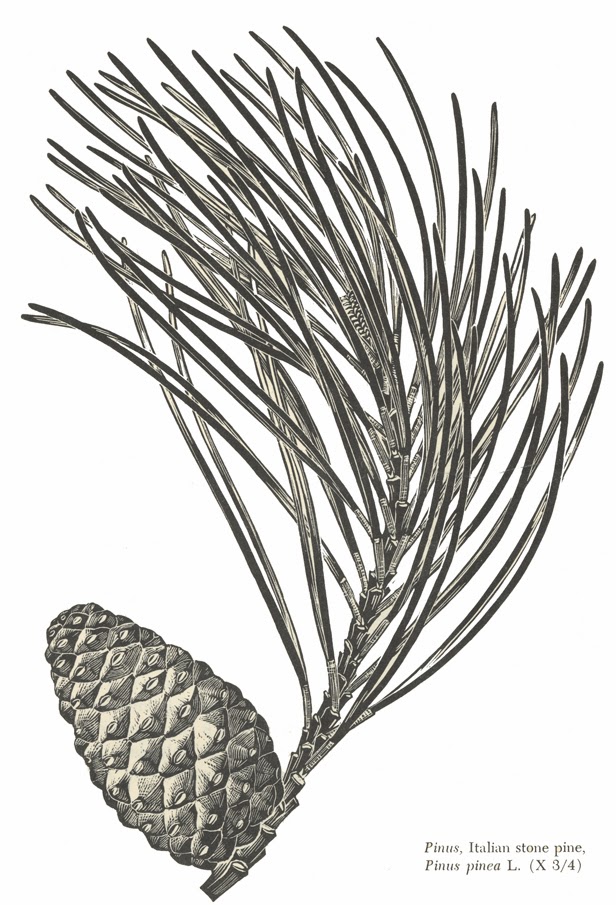 [Image: “Italian stone pin”" from “The Plants of Virgil's Georgics” by Rachael Wilson.]
Posted by Adam Golaski at 5:11 PM No comments: