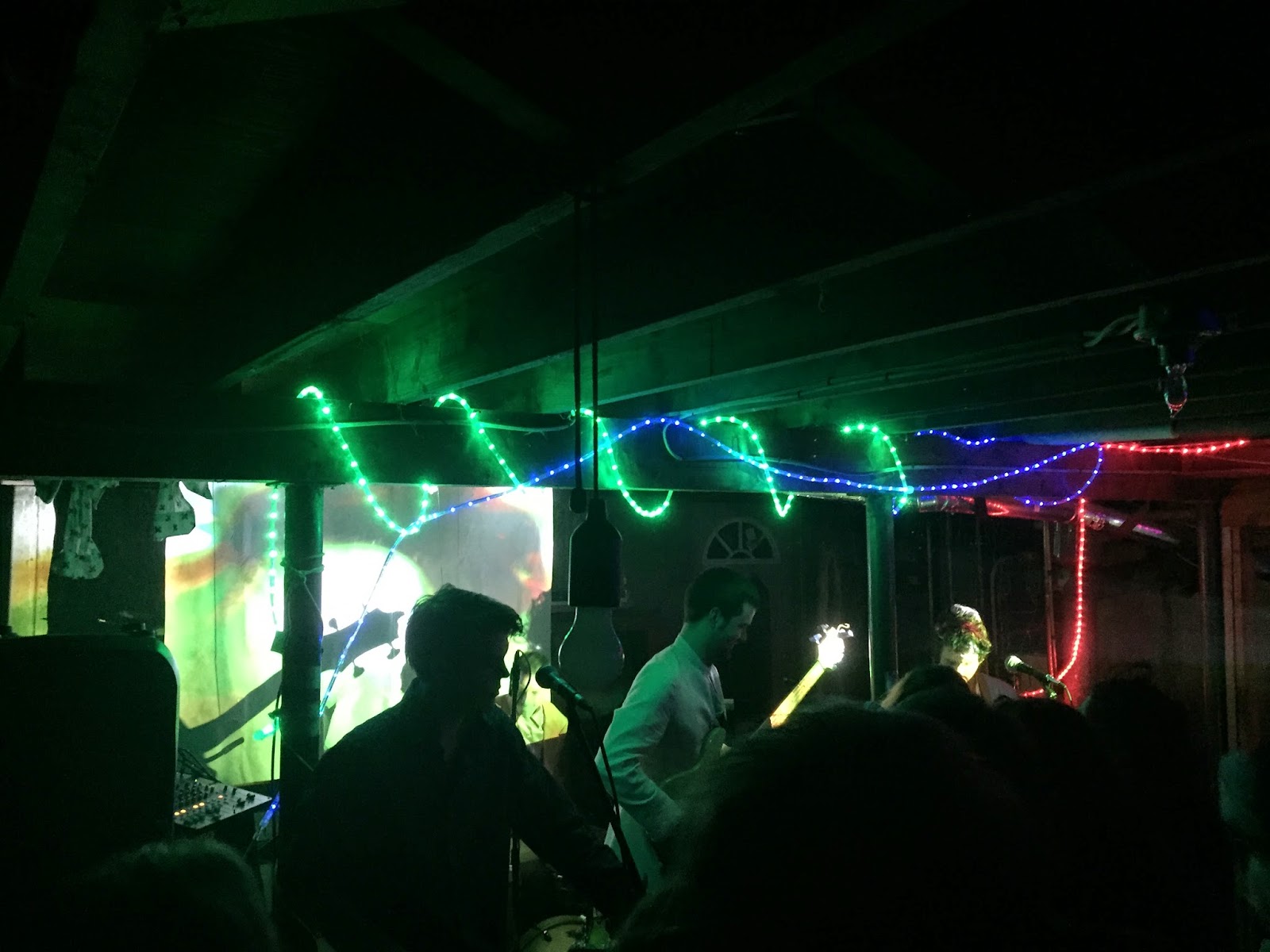 An empty house at the end of icy Allagash Trail Road. Split-level, big windows covered with invisible paper, teal wall-to-wall carpet, teal carpeted steps and upstairs hall. Band names on the wall. Bathroom. A soft couch. We waited for the Holy Komodo while we discussed age. A woman asked if I knew Tom Leotard. Possibly she thought I might be Tom Leotard or, as likely, she wanted to sell me some Tom Leotard.

Downstairs for the Holy Komodo. We stood against the wall to watch. “How do you make a cult following?” My companion asked; the cult followed. My companion asks—she’s interested in how people make an idea actual in the world and subsequently cause the world to take notice. Bare cement walls, stamped by plywood forms. White wiring wrapped around the support beams. Bright, single-cell organisms projected on a sheet behind the band. Nina on keys, sang, dark hair flash and keyboards.

Flock of Seagulls hairdo camera-phone filmed the band, the audience, and us interlopers. A woman with her boyfriend behind her grinned. A crowd-surfer barely cleared the ceiling beams. “If you must mosh,” Nina said, “do it away from the equipment we’ve spent all our money on.” She was obeyed. My companion noted Flock of Seagulls hairdo; “If I had hair like that, I’d—” the rest of her comment lost, but something like, “—voodoo fan.”

From where I stood, Joel, the drummer, was the most visible member of the band. Pink and salmon, all joy—before the show he’d told an anecdote, said, of his brother—“he’s a lot skinnier than I am”—a claim hard to believe. Komodo’s recorded output in no way prepared me for the vigor of his drum work (in retrospect, hinted maybe by “Make Time”). He sat and he stood.

My thoughts were not especially interesting. Teenagers in the midst of an experience that—if remembered—will become a shorthand for who they think they are. People who go to house shows. Who shout: I was in that place. Pressed by the reptile nation, we braced ourselves against the wall.

An angry woman clutched a glass pitcher of ice water to her chest. My companion asked, “What do you think she’s on?” The angry woman shouted, in response to someone else’s interest, “You’re not my friend!” The pitcher sweated. The angry woman sat hard in a wooden rocking chair. Maybe she ate some bad Tom Leotard. 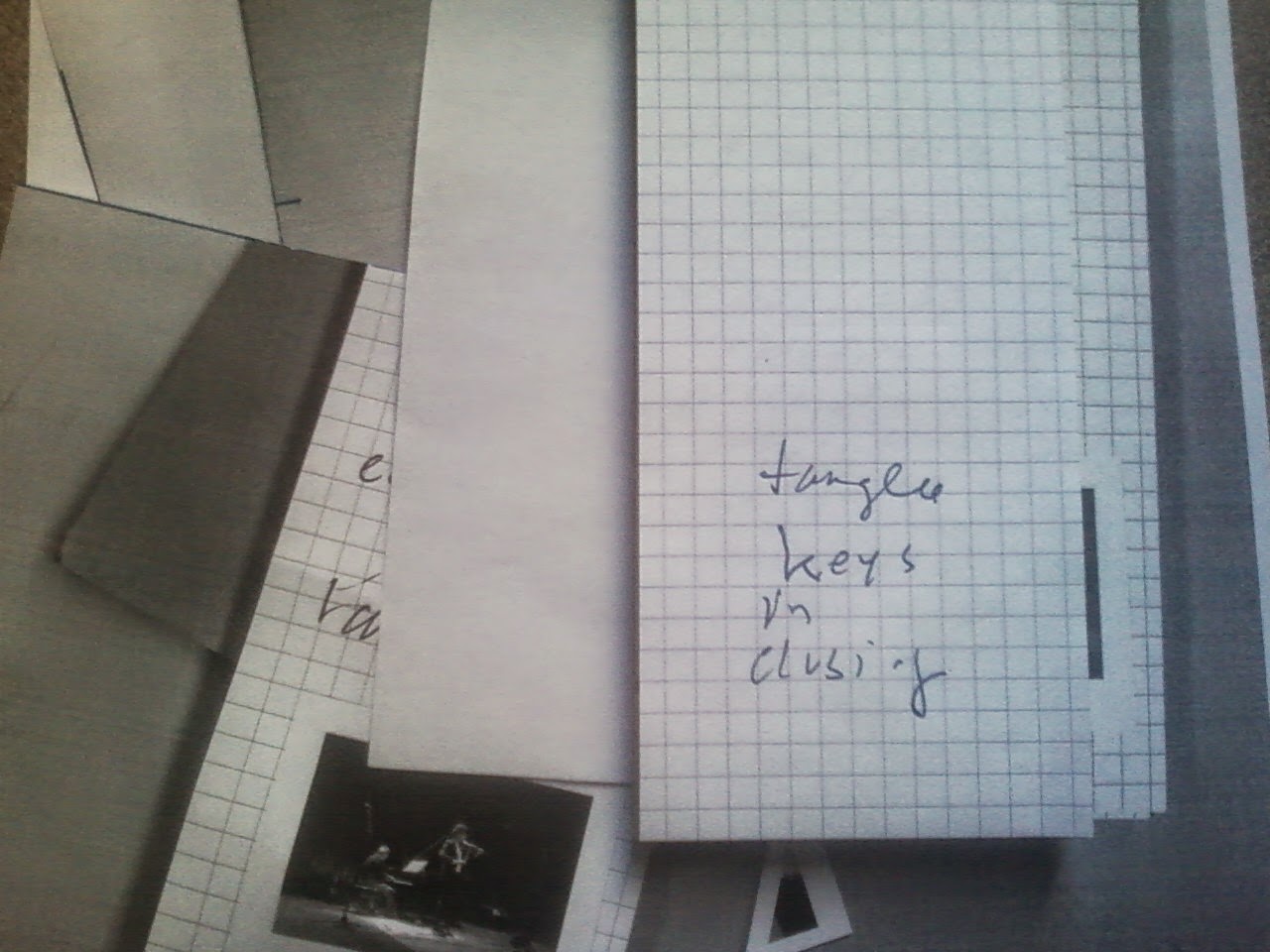