187. Three from } the Elizabeth notebook. 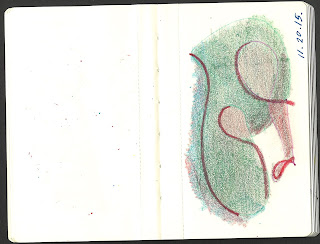 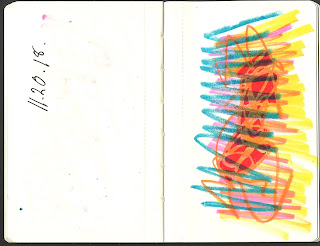 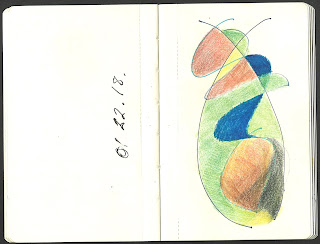 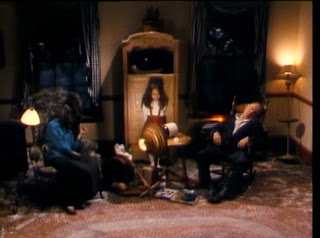 Saturday evening [6:30pm – 9, Dec. 1st] I read with [ — ] as part of the Arcade Asylum Author Series. I don’t know much about my co-readers. Larissa Glasser sings with Hekseri (a black metal outfit) (I’m listening to Microstoria Init Ding); Barry Lee Dejasu writes about horror movie soundtracks and reviews books, or did (I can’t tell); and Julie C. Day’s first collection, just out, is Uncommon Miracles (from PS). And Clint Smith.

Smith’s “the drone” never grows up. It’s just drone = man-made bad that kills. It fails to consider drone as machine than can be used for a variety of purposes. Consider the drone footage at Standing Rock:

But some of the clearest and most impactful footage offered a literally new perspective. Myron Dewey, a journalist and founder of the indigenous media platform Digital Smoke Signals, was capturing the scene from above with his drone and sharing it on Facebook Live. The footage, which clearly showed torrents of water falling down on protesters, now has over a million views on Facebook and was used to challenge statements by law enforcement suggesting the water cannons were primarily used to put out fires. [from Witness Media Lab]

I digress. The Clint Smith I’m reading with on Dec. 1st writes horror stories. His second collection The Skeleton Melodies is due soon. He reached out to me after I praised his story “Fiending Apophenia.”

Why not come hear us read? It’s free and there’s a bar/coffee joint nearby. I’ll be there for the whole event. Readers’ books will be there too. The series is put together by Farah Rose for the Lovecraft Arts & Sciences bookshop. 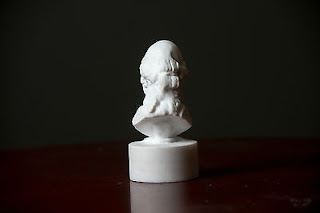 The journal looks good. Dubin’s essay, “I Am a Daughter of the Hebrews, but I Am Fleeing from Them” is great—it maps Judith, the Hebrew beheadress of Holofernes, to Beth Berenson, an Israeli pageant winner who runs away. It’s about weaponized beauty and ordinary cruelty. Holofernes’ head on a platter. Or in a sack. Served with bitters.