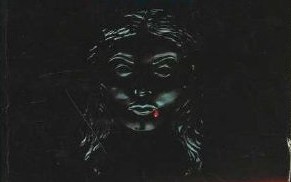 Stephen King’s ‘Salem’s Lot is about two could’ve-been Stephen Kings—Ben Mears, a modestly successful literary author, and Matthew Burke, a high-school English instructor “two years from mandatory retirement”—who defeat a vampire named Barlow. It’s a dull novel. I wasn’t interested in any of the protagonists (Ben, Ben’s girlfriend, Susan Norton, Matt, Dr. Jimmy Cody, Father Callahan, and mature-for-his age Mark Petrie). The antagonists, Barlow and his familiar, Straker, never quite impress—especially Barlow, who writes notes and shouts IN ALL CAPS. And then there’s the parade of local residents, each introduced in a similar manner: name (first and last), occupation, general skill-set, their role in “the Lot,” how much they do or don’t drink, and if, in general, they are good or bad.

Some of these episodes are diverting. The corrupt selectman-realtor who essentially sells the town to Barlow, the gravedigger who buries and then unburies the vampire-boy Danny Glick, and the hunchbacked, rat-shooting, dump-manager—uh, I don’t remember what happens to him, but he entertained (he’s a proto Trashcan Man [from The Stand]; a King type).

Two ideas in ‘Salem’s Lot interest me, and King deserves credit for… probably not inventing them, but recognizing them (he’s an astute reader of horror) and incorporating them into his vampire tale: 1. vampires are an evil that pre-dates Christianity, and possibly predates the innovations of the Hebrews; therefore, while Christianity—specifically Catholicism—is the modern religion best equipped to destroy vampires, other religions were employed in the past, with success, against vampires—all this is implied during the confrontation between Barlow and Father Callahan; and 2. vampire-killing will invariably involve destroying what’s left of people you knew and maybe even loved, and that’s not going to be easy, and in some cases won’t even be possible.

It’s in service of that idea that King takes the time to introduce us to so many townspeople. He wants his reader on the hook for each vampire-staking. Every vampire has a name. When Jimmy and Mark yank a vampire into the sun where it writhes in agony, Jimmy feels sick, and lets the vampire crawl back into its hole.

Good ideas aren’t enough. King’s writing, fine in places, is too often hackneyed. I cringed at the novel’s lone romantic sex scene: “She was looking up at him, her eyes wide in the dark. She said, ‘Make it be good.’ ‘I’ll try.’ ‘Slow, she said. ‘Slow. Slow. Here…’ They became shadows in the dark. ‘There,’ he said. ‘Oh, Susan.’” And I laughed when Ben discovers all that’s left of Barlow—his teeth—and they snap at him “like tiny white animals.” Ben “whispered,” “Oh, my dear God. Please let that be the end. Let it be the end of him.”

There was a reason why I borrowed ‘Salem’s Lot from the library—but as soon as I left the library, I couldn’t remember what it was. I read the book to remember the reason—I trusted myself. Yet, I still don’t remember. I know why I also borrowed and read Ira Levin’s Rosemary’s Baby (also dull, a short story stretched out to barely novel-length). That was research. And, coincidentally, ‘Salem’s Lot contributed to my research:

on page 67 (of the Signet paperback edition, August 1976), Floyd Tibbits picks up a newspaper and reads the headline: SATAN WORSHIPPERS DESECRATE FLA. CHURCH. He skims the article, “…a bunch of kids had broken into a Catholic Church in Clewiston, Florida, sometime after midnight and had held some kind of unholy rites there.” And, “although some of the blood was animal… most of it was human.” When Floyd discusses this with Dell the bartender, Dell says, “The kids are going crazy.”

The late ‘80s Satanic Panic, which is what I’m researching, may have its roots in the decades preceding—the Manson killings in ’69 (a real tragedy linked to long-haired rock ‘n’ roll weirdoes [The Beatles and The Beach Boys, specifically]), as a possible origin point.

It's possible, though, that I just wasted my time.
Posted by Adam Golaski at 11:52 AM No comments: 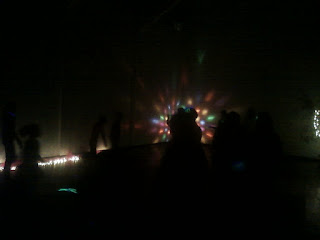 [Oh and yes, D. F. Lewis wrote about every plate in the Color Plates—a review tour de force. He picked the cleft tail of Cassatt’s black ribbon and un-throated it ‘till the head’v’it tumbled free.]
Posted by Adam Golaski at 3:03 PM No comments: