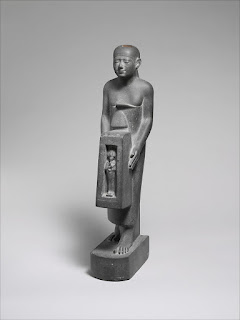 Why did Richard P. Piquard bury alive a Shih Tzu dog? The Worcester Telegram reported [Sept. 10, 2018] “Chico [the dog] wasn’t getting along with the man’s new cat”; on the following day the Telegram reported, “It wasn’t getting along with the man’s new kitten.” Allegedly, he’d warned his ex-girlfriend that, “If you don’t get Chico out of my house, I will take him in my backyard and shoot him.”

Kaylee Belanger, who “found friend’s dog buried alive,” who wore a Star Wars t-shirt for her court appearance (a fierce Chewbacca, bowcaster drawn—was the shirt meant as a threat to the dog-hating Piquard?), said, “It wasn’t mentioned in the courtroom, but there was a… rock holding [the dog] in that hole. He pinned him under a rock to ensure that he couldn’t get out of the hole. So… whatever he tries to say is… unbelievable.” Chief of Police Walter J. Warchol said Piquard, “claimed he thought the dog was deceased.”

Chico was 18; maybe Piquard really did think he died, perhaps after he attempted to kill him? According to the veterinarians who attended the dog after he was rescued from his grave, “There was also evidence the dog had been neglected before being buried alive.” The police and Belanger (who said, “[Piquard’s] been a friend of ours for six years now”) seems determined to believe that Piquard knowingly buried the dog alive.

After Antigone defied King Kreon’s decree that her brother, Polynices is not to be buried, Kreon decides to bury her alive. He chooses this as her punishment not for its symmetry but in order to avoid a curse:

I will hide her alive in a rocky cavern,
setting out enough food to avoid a curse,
so that Thebes may escape all blame.
And there, praying to Hades, the only god
she reveres, perhaps she won’t happen to die,
or at least she will learn that
it is a waste of labor to revere Hades.

He reasons that if he buries her alive, he hasn’t killed her—she’ll die of natural causes (he guesses starvation). Obviously, this is perverse logic—as it’s pointed out by the famously ignorable Tiresias.

Acrisius, Danae’s father, makes a similar decision when he discovers Danae is pregnant in spite of his best efforts to keep her otherwise: “…not daring to kill his own daughter, [he] locked her and the infant Perseus in a wooden ark, which he cast into the sea.” Premature burial at sea.

According to Robert Graves, “The myth of Danae, Perseus, and the ark seems to be related to that of Isis, Osiris, Set, and the Child Horus.” Set, jealous of his brother Osiris, tricks Osiris into trying on for size a coffin; once Osiris is inside, pleased because he fits the coffin perfectly, Set and his cronies seal the coffin and throw it into the Nile.

Like Chico the dog, Osiris, Danae, and Perseus are all freed from their graves. Antigone—like Chico the dog!—dies as a result of her entombment (in despair, she hangs herself—“no wedding song sung/ for me at my marriage./ Instead, I will wed death”).

Piquard did not kill Chico. When Belanger found Chico’s grave, she “lifted that rock off that dog he screamed louder than I’ve ever heard any dog scream… and there’s no way that scream didn’t come out of him when he was being squished under there.”

So she believes. What she knows is that “we [she and the veterinarians] opted to humanely euthanize [Chico] so he could be with his original owner again.”

“Original owner” is not a euphemism for God; the family of Piquard’s ex-girlfriend owned Chico. She couldn’t care for Chico because she moved to an apartment that wouldn’t allow pets; why her family wouldn’t take the dog during the 18 months Piquard, according to the Providence Journal, “reportedly asked her repeatedly to take Chico.”

As regards Chico’s death, all involved clearly bear responsibility. Belanger said, “You don’t think about these things until it actually happens and then you go back and you wonder about all those little incidents and if they were something leading up to this if you could have suspected it and prevented it.”

However, only Piquard buried Chico alive.


[ quotes from Sophocles' Antigone translated by Diane J. Raynor; Robert Graves quoted from his Greek Myths; image is "Man Holding a Shrine Containing an Image of Osiris" from the Metropolitan Museum of Art. ]
Posted by Adam Golaski at 10:19 AM No comments: 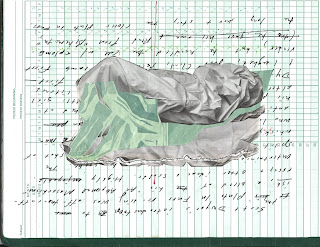 Scott Dwyer’s introduction to the Pluto in Furs reading was off-the-cuff-ish, a blend of his “An Abysmal Masochism” essay and other ideas and scolds. Highly entertaining. People arrived as he spoke. The mini-split unit whined. A shot of whiskey was passed my way. A skinhead with an anti-hate t-shirt sat down and looked at his phone throughout the event. A little girl alternately wore cat-ear headphones and listened. Scott summoned Clint Smith to read first—I laughed, poor Clint, sacrificial first reader, but he handled it with aplomb. He read from “Behemoth,” the long short story that closes the anthology— “The dogs were matted with a burgundy mucus, their glistening pelts catching the morning sunlight… the sound of their nails clacking on the asphalt as they scrambled away.” (A passage coincidentally reminiscent of a scene from “Wild Dogs” [in Supernatural Tales no. 30].) Scott offered comments, brought up Jeffrey Thomas whose story “The Tangible Universe” begins the anthology and reminds me of Brian Evenson’s preoccupation with amputation. Orrin Grey read. I was called up fourth. I moved a table, asked the audience what they knew about Thomas of Britain’s Tristan, from which I drew inspiration. Gemma Files read a tale of decomposition. She dreamed the title of her story. So heavy the dark burden of “Headsman’s Trust,” Richard Gavin had to sit while he read. (Many of the readers wore black. If I were to guess, I’d say Mr. Gavin wears black every day of his life. Gemma Files has a tattoo of two Egyptian hieroglyphs on her arm. I wore a purple shirt, blue jeans, and a pair of forest green sneakers.) At the reading’s end, I remained seated with Clint and the whiskey and people came down to say hi. Lisette from Canada told me she came just to hear me because she likes Worse Than Myself; I signed an autograph for a person who had, previous to that moment, wondered if I was real. I signed as “the other Adam.” (The back cover of Pluto in Furs is a subtle tribute to the opening shots of the 70s remake of Invasion of the Body Snatchers. The cover is pretty. It’s by Matthew Revert.) We drank all the whiskey. We thought we’d check out the marshmallows at the Tor reading, but they were on their way out, vying for spots on the elevator. From the rooftop terrace, where the reading had been, we listened to a concert in the park below, watched lights—purple & white.

Out on the street in front of City Hall, where I waited for Clint to return from an errand, a coyote loped past me with a snake in its mouth.

[ image: Pluto in Furs Gradebook, my tribute to Matthew Revert's Pluto in Furs cover. ]
Posted by Adam Golaski at 2:59 PM No comments: