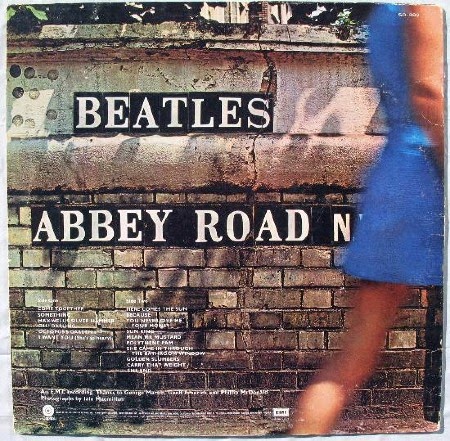 Today, listened to Abbey Road, the 1987 and the 2009 digital re-masters, and to the second disk of Anthology 3. Considered “Oh! Darling” and “I Want You (She’s so heavy)” as a pair. Both lyrically simple, both desperate. A man begs his “darling” not to walk out, though all he can offer is neediness—without her, he’ll “never make it alone”—and the ominous promise he’ll “never do you no harm.” That double negative sub-conscious honesty. “I Want You (She’s so heavy)” a demand that gradually becomes a plea. And she? Not hard to imagine it’s Yoko, with whom Lennon was in the midst of an affair (he announced her divorce at the end of the Anthology 3 “Oh! Darling”), but maybe “she” is heroin. Maybe Yoko and heroin?

Almost all the narrative of both songs is conveyed by the way they are performed.

McCartney and Lennon sing “Oh! Darling” together on Anthology 3. For Abbey Road, McCartney worked his voice till it got a little grimy, which he used to good affect, especially toward the end of the recording. Supposedly, Lennon wished he’d sang the vocal—“‘Oh! Darling’ was a great one of Paul’s that he didn’t sing too well. I always thought I could have done it better….” I take all such claims with a grain of salt. Maybe Lennon felt that way when they recorded Abbey Road, maybe not—Lennon was one to temper compliments, especially compliments of McCartney’s work.

“I Want You (She’s so heavy)” is the come-down to “Tomorrow Never Knows.”
Posted by Adam Golaski at 4:28 PM