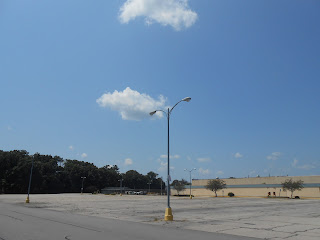 I’ve read “Lovenest,” Clint Smith’s contribution to Looming Low II (from Dim Shores, due this fall). I won’t spoil it other than to say it’s fun &…

In my introduction to Clint’s Skeleton Melodies, I characterized his fiction as “realism horror.” An awkward phrase, for sure—but apt enough (he adopted the phrase as his blog’s sub-head, so surely he finds it apt). For all the fantasy in “Lovenest,” the parking lot setting grounds the story here. It’s also where the most ominous scene in the story take place: the moment before the charnel house door is slammed shut (so to speak).

I don’t know that Looming Low II will be worth your hard-earned & diminished dollar, but you’ll want to read Clint’s story for sure. (Mind, I have no reason to believe Looming Low II won’t be good! But we haven’t read the other stories yet, have we?)

In the meantime, there’s Ghouljaw & Skeleton Melodies. Get thyself to a library, nun!